An artist of the People

The museum soon outgrew the building at No. 2 Korte Riddersstraat and on March 24th 1998 it moved to No. 8 Beatrijslaan on Antwerp’s left bank.

A short while later, the Royal Belgian Shipowners’ Association (RBSA) offered to house the museum in Het Redershuis (The Shipowners’ Building) at No. 9 Ernest Van Dijckkaai. On March 30th 2010 the new Eugeen Van Mieghem Museum was inaugurated there in the presence of the association’s then chairman Nicolas Saverys. Thanks to the patronage of the RBSA, the museum is assured of a home at Het Redershuis until March 2030.

The Eugeen Van Mieghem Foundation, which is responsible for running the museum, has approximately 1,000 members. It receives no subsidies, so the museum relies on the annual subscriptions of its members, help from volunteers and on sponsorship. All the association’s resources are invested in the museum’s collection.

On show in the museum are some 200 works by Eugeen Van Mieghem (1875-1930) in a variety of techniques. They are displayed chronologically and particular attention is paid to social and cultural life in Antwerp and Flanders around the turn of the century.

All the artworks in the museum either belong to the foundation or are on loan from private collections.

During your visit you can also see a film about the artist’s life and consult a number of books which have been published about him.

Those who visit the museum as part of a group can also admire the beautifully restored Redershuis – Shipowners’ Building – in the company of one of our guides.

The museum is open to individual visitors on Sundays and Mondays from 14 to 17.00 hrs, except on public holidays and during the months of July and August.

During your visit you will be able to see the entire permanent collection of some 200 works by Eugeen Van Mieghem on display on the ground floor. Furthermore, the 32-minute film Eugeen Van Mieghem – An artist of the people is shown continuously.

The museum has also a free audioguide hosted by IZI-travel. Click here.

Those wishing to visit the museum and Het Redershuis can only do so with a guide. More information on the page about group activities. 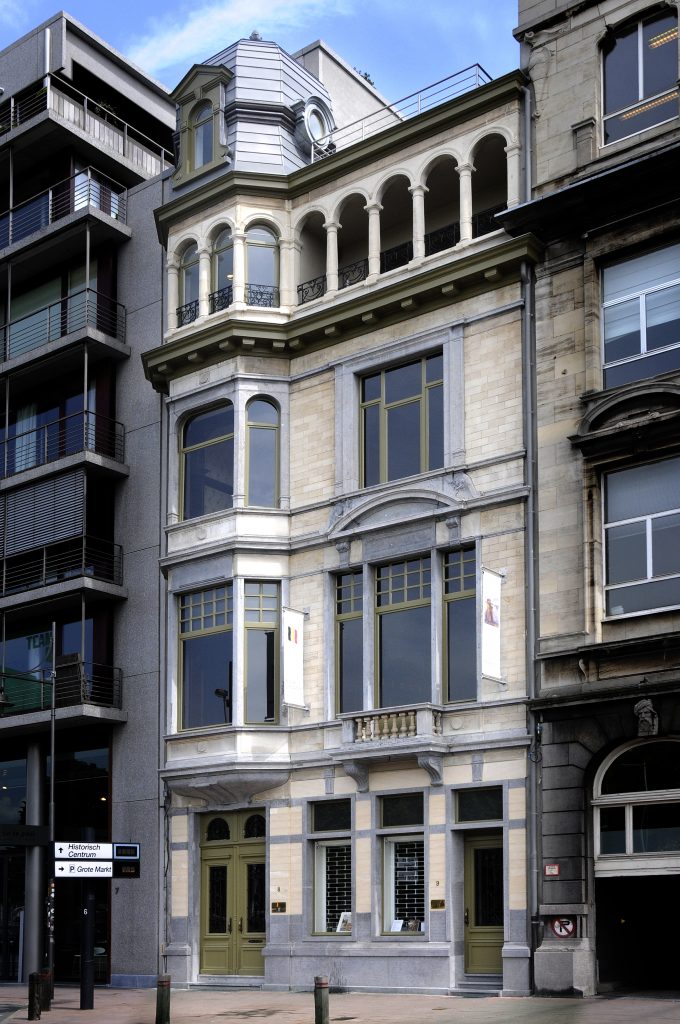 Between 1880 and 1886 a programme of major public works was implemented in Antwerp. The River Scheldt was straightened and the stone quays built, obliterating the historical area around the Steen (fortress) in the process. In 1896 the successful shipbroker Gustave Albrecht had an imposing mansion built on the Antwerp roads.

Albrecht had the architect Jos Hertogs (like him, a freemason) design his house with an office on the ground floor of the building and the living area above. Several years later Hertogs also designed the monumental Hanzahuis alongside it for the German banker Wilhelm von Mallinckrodt.

Decorator Henri Verbuecken gave the house an exotic cohesion with styles that ranged from Venetian quattrocento to the Japanese Edo period.

From 1949 a part of the building was occupied by the renowned restaurant La Rade, which for many years boasted two stars in the culinary Michelin guide. This brought the building with its museum-like interior to the eye of the public. The restaurant closed in 2005.

In 2008 the RBSA purchased the building with the intention of restoring it and using it as a prestigious venue for receiving important guests. The unlisted attics were converted into a modern office space.

At almost the same time as the inauguration of Het Redershuis by King Albert II in 2010, the Eugeen Van Mieghem Museum opened on the ground floor.